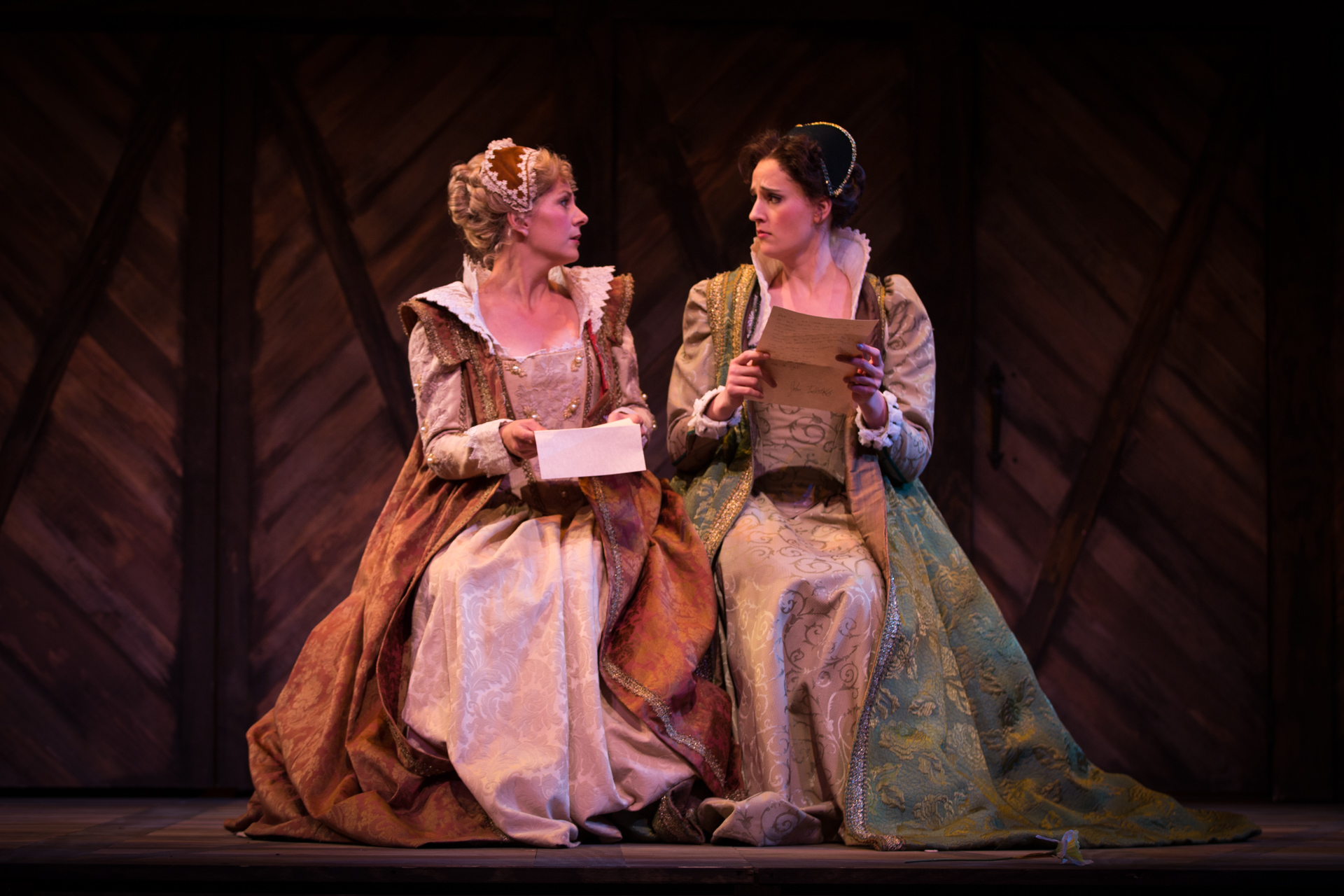 Ralph (pronounced Rafe) Vaughan Williams was born in Down Ampney, Gloucestershire, on October 12, 1872 and died in London on August 26, 1958. He is buried in Westminster Abbey near his great-uncle Charles Darwin. Sir John in Love is an opera in four acts with a libretto, by the composer himself, based on Shakespeare’s The Merry Wives of Windsor and supplemented with texts by Philip Sydney, Thomas Middleton, and Beaumont and Fletcher. Malcolm Sargent conducted the work’s premiere on March 21, 1929 with a student cast (Royal College of Music), and the professional premiere took place at Sadler’s Wells Theatre on April 9, 1946 under the direction of Lawrance Collingwood.

Opera has a long history in England. Following the death of Purcell in 1695, English music became increasingly influenced by Italian and German tastes. Composers such as Handel and Pepusch worked for the new Hanoverian (Georgian) kings, and Italian stars such as the castratos Farinelli and Senesino competed with local talent throughout the early 1700s. Satirical ballad opera developed as a form of English stage entertainment, partly in reaction to the dominance of Italian opera, and great continental composers such as Mozart, Haydn, J. C. Bach, and Mendelssohn remarked on England’s well-established church choirs, choral societies, and orchestras around 1800.

The Romantic generation of great British composers began with the emergence of Edward Elgar (1857–1934), followed by a whole new generation of talented musicians. The leading figure of this younger group of composers was Ralph Vaughan Williams (1872–1958), who for nearly sixty years remained the most influential person in English music, his nine symphonies, six operas, and succession of major choral works being widely regarded as his greatest achievements. Like Elgar, Vaughan Williams was a late developer, reaching his mid-thirties before attracting serious attention as a composer. An avid collector of folk songs in the English countryside, Vaughan Williams acquired many of the melodic characteristics of vernacular music for his own compositional palette, and through the influence of his work he forged a new national school.

Ralph Vaughan Williams was born about ninety miles west of London into a family with Anglican and Unitarian roots. His father Arthur was the Vicar at All Saints Church, Down Ampney. Previously, Arthur had a post at nearby Bemerton, the very same parish where the great metaphysical poet George Herbert (1593–1633) had been Vicar three hundred years earlier. Vaughan Williams felt a lifelong kinship with Herbert, who was a younger contemporary of Shakespeare.

Ralph’s mother was Margaret Wedgwood, and her mother was Caroline Darwin. Josiah Wedgwood (1730–1795), the founder of the great pottery at Stoke-on-Trent, and Erasmus Darwin (1731-1832), physician and poet, were his great-great-grandfathers. When Vaughan Williams was only two, his father died and Margaret moved the family into Leith Hill Place (Surrey) with the Wedgwood/Darwin family. His great uncle, Charles Darwin, was a frequent visitor.

Ralph was taught to read by his grandmother from the same book with which she had instructed her younger brother, Charles. He was young at the time of the controversies surrounding Darwin’s works, but was aware of them. When he was seven, Ralph asked his mother about The Origin of Species, and she replied, “The Bible tells us that God made the world in six days. Great-uncle Charles thinks it took rather longer. But we needn’t worry—it is equally wonderful either way.” The young composer drew strength from his roots and fused skepticism with vision.

Like most of the Wedgwoods and Darwins, Vaughan Williams read history, literature, natural science, and music at Cambridge (receiving degrees in both Music and History). He mixed composition with conducting, lecturing, and editing the music of Henry Purcell and the English Hymnal. By 1904, Vaughan Williams began to collect and transcribe English folk songs, which were fast becoming extinct due to the increase of literacy and printed music in rural areas. Despite his declared atheism, which in later years mellowed into what his wife Ursula described as “a cheerful agnosticism,” Vaughan Williams was inspired throughout his life by much of the liturgy and music of the Anglican church, the language of the King James Bible and Shakespeare, and the visionary qualities of English verse.

The early 1920s marked a pastoral interlude for Vaughan Williams, with the composition of his opera Sir John in Love, The Lark Ascending, A Pastoral Symphony, The Shepherds of the Delectable Mountains, and the Mass in G minor. These pieces are full of the rich harmonies associated with the composer in his most “English summertime” moments, and they have origins in the revival of English polyphony and in Vaughan Williams’s identification of his music with “the imperishable glories of English prose.”

Sir John in Love’s music brims with invention and imagination: it conveys a love of the English countryside and the feel of country society in Elizabethan England that is absent from Verdi’s Falstaff. That pastoral quality is what makes The Merry Wives of Windsor special among Shakespeare’s plays—as the only play that Shakespeare set in his own time and place, and in which he was writing openly and directly about a society and a social order that he knew personally. The play has its own unique if rough-hewn quality, and the words and music of Sir John capture that colorful atmosphere.

Musical delights include the opening ensemble scene in which Slender, seemingly unaware of the bustle about him, vainly tries to devise a wooing song for Anne but never gets any further than “O sweet Anne Page.” Other superb moments include the rollicking Drinking Song at the inn, the women’s delightfully dancing Trio (“Sigh no more ladies”), Anne’s beautiful aria (“This is my father’s choice”), the love duet in which Fenton’s song (“Do but look on her eyes”) is answered by Anne’s “Come, O Come my Life’s Delight,” Ford’s rage when told about Falstaff’s appointment with his wife (his raging “Cuckold” being echoed by the women’s “the cuckoo then”), and the joyous final ensemble. Vaughan Williams is most inspired in the way he uses music to subtly separate complex strands of action, as in the opening quarrel scene, the basket scene, or the “Herne the Hunter” episode. The unmasking scene in Windsor Forest is often excerpted as an orchestral showpiece and was later developed by the composer into a choral cantata.

The characters are not only sharp, due to Shakespeare, but rounded by the tuneful music, which deepens the drama. Anne Page’s foolish suitors, for instance, are not merely fools. Dr. Caius becomes more than a quarrelsome comic Frenchman when he breaks into song out of love for Anne. Through Vaughan Williams’s music, Anne becomes the great humanizing influence among all the characters.

Shakespeare’s The Merry Wives of Windsor was a rich source of inspiration for classical composers: Antonio Salieri set a very condensed version of the story in his short two-act dramma giocoso entitled Falstaff, ossia Le tre burle (Falstaff, or The Three Jokes, 1799); Otto Nicolai based a three-act German Singspiel (arias with extensive dialogue) on the play in the 1840s, and Giuseppe Verdi came out of retirement to develop his last opera Falstaff (1893) with his librettist Arrigo Boito from The Merry Wives of Windsor and scenes from Henry IV, parts 1 and 2.

The character of Falstaff embodies all the strengths and weaknesses of human nature: he is a cheater and a liar, bombastic and touchingly naive, and takes for granted his privilege as a nobleman. But he is quick-thinking, resilient, and relies on his boundless imagination to get him out of the same corners it backs him into. He always manages to turn his folly into wisdom with a sometimes risky pirouette and his understanding that “the world is but a play.” Vaughan Williams’s setting is sweet, ironic, and exuberant, perfectly matching the many varied archetypes occurring in Shakespeare’s play. Vaughan Williams’s libretto cleverly prunes Shakespeare’s words and adds a number of Elizabethan lyrics, either by Shakespeare or by others (Philip Sydney, Thomas Middleton, and the great Jacobean literary partnership of English Restoration drama, Beaumont and Fletcher), for use in arias and ensembles.

Like the play, the opera proceeds on two lines: Falstaff’s wooing of Mistresses Page and Ford, and Fenton’s wooing of Anne, both strands brought together in Windsor Forest. Vaughan Williams included fifteen full minutes of English folk tunes in the score. He had incorporated the Renaissance lute song Greensleeves, before, but for this opera he borrowed the verses which had appeared with it in William Ballet’s lute song book of 1584, A Handefull of Pleasant Delites, and assigned them to Mrs. Ford to sing in Act III, just as Falstaff arrives for their tryst. Greensleeves also appears later in the opera, in a lovely instrumental arrangement for flute and strings, as the entr’acte before the closing scene in Windsor Forest. In 1934, five years after Sir John was premiered at the Royal College of Music in London, Ralph Greaves created the Fantasia on Greensleeves for strings, flute, and harp by joining the entr’acte with the passage based on Lovely Joan, sung by Mrs. Quickly in Act II.