We interviewed our Dimitrij singers about singing Dvořák, what it’s really like being an opera star and why you should come see Dimitrij…read what tenor Aleš Briscein (Dimitrij) has to say below! 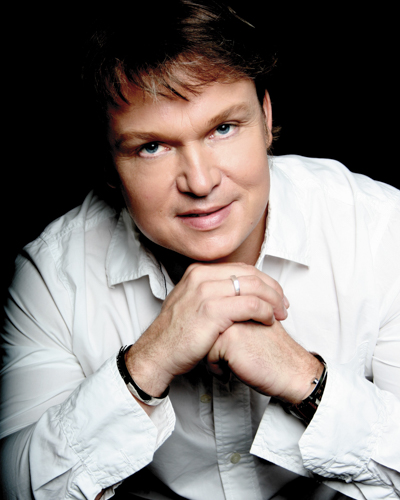 What aspects of your character can you relate to?

The character of Dimitrij is very contradictory. In the 16th century Russia was a rather  backward country. At that time Grigory Otrepev appeares. He is a 25-year-old renegade monk. He is the spitting image of already deceased Ivan the Terrible’s son. Later on this monk leaves for The Polish–Lithuanian Commonwealth. He secretively converts to the Catholic faith in Krakow. With the support of the Poles he returns to Russia, claims that he miraculously did not die, and declares himself a real son of the ruler and the successor to the throne.
Nowadays we would call it the intelligence game of one state against the other for the purpose of taking control over one of them. The widow of Ivan the Terrible,the mother of Dimitrij is sucked into this ”intelligence game”. As she is promised wealth and power she proclaims that false Dimitrij is her son. The revised draft of the libretto depicts Dimitrij as a hero who was used as a tool of someone else’s intentions.

Why should people see this opera?

This opera is put on very sporadically on the world operatic stages, particularly because of its high production demands. The libretto has features of the French Grand Opera. There are large chorus scenes, military and church scenes, and mass scenes are followed by love and intimate ones.

Grand opera is a genre of 19th-century opera, generally in four or five acts, characterized by large-scale casts and orchestras.  Dimitrij  has 4 acts, and this opera was edited many times. The creators left the last act out   (confrontation of Russians and Poles). In the 1950s, Dimitrij was even banned in Czechoslovakia.

Vocal production by Antonín Dvořák is very difficult and complex. Dvořák didn’t ”respect” voice types very much. His works make extreme demands on all singers. Dimitrij is a case in point. Singers have to use a complete range of their voices. It means high notes,middle and low notes. It is apparent both in his song and operatic literature. For that reason, only technically proficient singers should sing his music.

If you could ask your character one question, what would you ask them?

I know that  impersonating someone who had already been dead was very popular in Russsia. Nevertheless, I would ask him about the background of that entire conspiracy against another country.

If you could meet one of the characters in Dimitrij,who would you meet and why?

According to historical sources,  Dimitrij’s first meeting with Xenie was a plotted act. I wonder if these two people could love each other under normal circumstances.

Whats your favorite part of the opera rehearsal procces?

Scenes in this opera are monumentally built up and dramatically effective, particularly Dimitrij’s entry to Kremlin in the 1st act and the finale of the opera. Here Dvořák credibly captured character of old Russian and Polish music. I like the love duet of Dimitrij and Xenie.

Any words to young opera singers?

Dimitrij is Dvořák’s most serious operatic work. Some scenes are very  musically difficult. This opera requires vocal technique and experienced, seasoned singers in particular. Nowadays  young singers are usually very impatient for new and demanding parts. Patience is just the thing all opera singers ought to bear in mind. Many of them, by overestimating their power can harm their voice. The human voice is an instrument and has to be looked after very carefully. Therefore, I recommend that all young singers should patiently wait for their right opportunity.

Want to learn more about Aleš? Visit his website.

Purchase tickets to see Aleš in Dimitrij on September 16th.