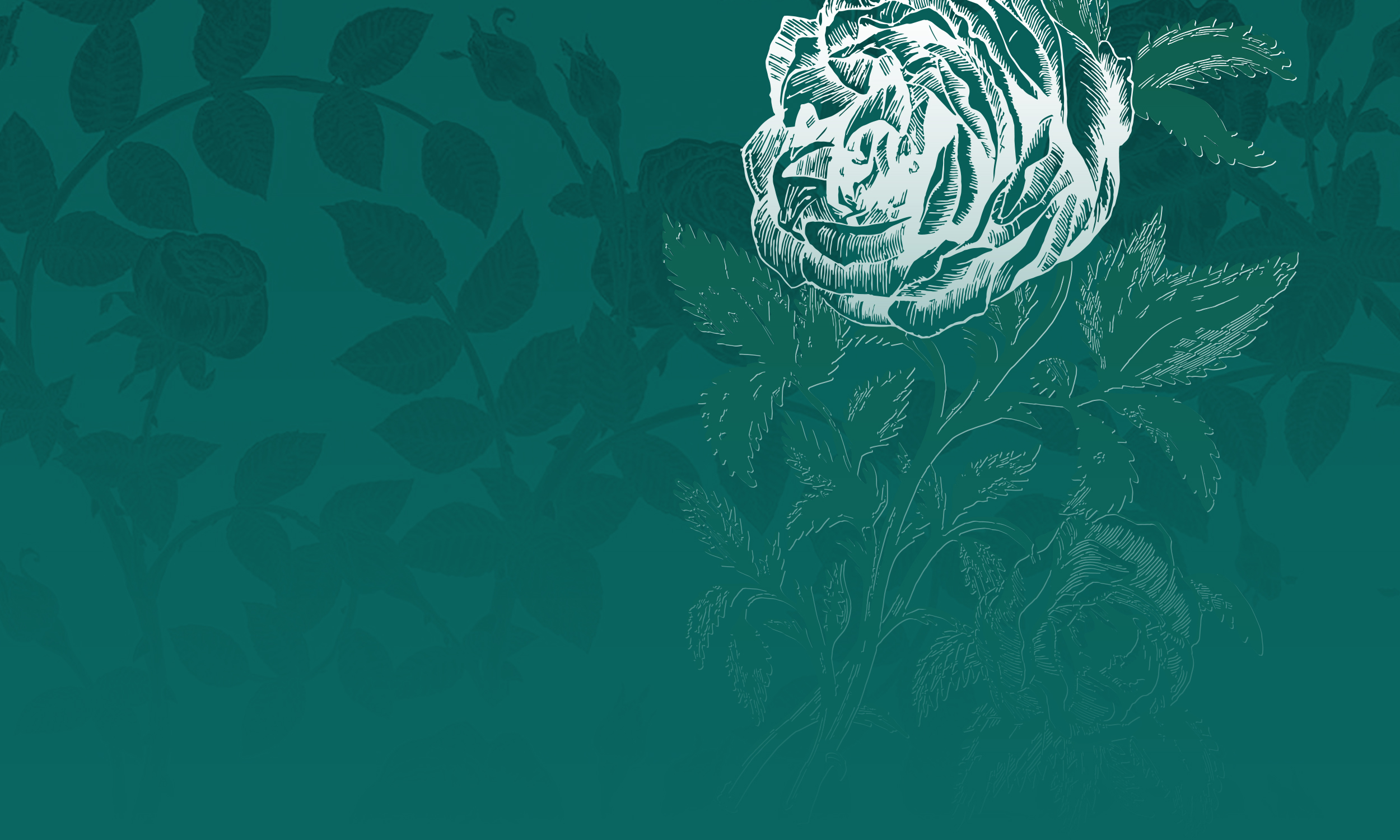 Alexander Zemlinsky (1871-1942) was an early modernist composer who rose to prominence in Vienna through the support of Johannes Brahms and Gustav Mahler. Brahms recommended the twenty-two year old composer to his publisher (Simrock), and Mahler conducted the premieres of his early operas (such as Es war einmal, Vienna Hofoper, 1901). Zemlinsky also became close friends with Arnold Schoenberg through participation in Vienna’s Polyhymnia orchestra: he would become Schoenberg’s only formal music teacher, and Schoenberg married his sister Mathilde in 1901. Zemlinsky, like his friends Mahler and Schoenberg, was close to 5’2″, and his sister Mathilde was barely 5′ tall.

The Zemlinsky family was diverse, with staunchly Catholic ancestors on his father’s side (from Slovakia and Austria) and Sarajevo roots on his mother’s (her parents were Sephardic Jewish and Bosnian Muslim). Alexander was raised Jewish but converted to Protestantism in 1899, just before embarking on an unsuccessful courtship with his composition student Alma Schindler (1879-1964). Alma’s family pressured her to end the relationship due to Zemlinsky’s “lack of an international reputation,” and made derogatory comments (later reported back to him) about his physical appearance. This failed romance would continue to haunt him: Alma later cruelly referred to him in her memoirs as “a hideous gnome,” and her father’s nickname for him was Kobold, a kind of small dwarf found in mines and households.

Zemlinsky’s Der Zwerg (The Dwarf) was composed between 1919-1921, and it premiered in 1922 under the direction of Otto Klemperer at Cologne’s Stadttheater. The one-act German libretto by Viennese film director and screenwriter Georg Klaren was freely adapted from Oscar Wilde’s tragic fairy tale The Birthday of the Infanta. Klaren’s favorite Viennese author in the late 1910s was Otto Weininger, known for his dramatic suicide (in the house where Beethoven had died) and unique and troubling theories about human sexuality (defined as a competing mixture of masculine and feminine elements in every person).

In Klaren’s version, a sultan has sent a Dwarf (sung by Aleš Briscein) as an eighteenth birthday present to the Spanish Infanta Donna Clara (here presented as a femme fatale, sung by Kirsten Chambers). Klaren removed the Spanish king’s lament over his dead wife and most of Wilde’s birthday celebrations. The Dwarf is unaware of his physical deformity and becomes infatuated with the Infanta, singing her a love song. Klaren commented to the Kölnische Zeitung that his emphasis on the Infanta’s beauty and dominance tilted the Dwarf’s bisexuality “in favor of his feminine side,” rendering him “more submissive in her presence.” She toys with him and gives him a white rose as a present. Left alone, he accidentally uncovers a mirror and sees his own reflection for the first time, representing (in Otto Weiniger’s words) “every man’s sensation of inferiority toward women.”

Here the opera departs more radically from Wilde’s story, as the dwarf suffers alone in the original, but is mourned by the Infanta (only twelve years old in Wilde’s original). In Zemlinsky’s version, the dwarf tries to obtain a kiss from the Infanta, but she spurns him and calls him a monster. His heart broken, he dies clutching the white rose as the Infanta rejoins the party with the chamberlain (Don Estoban, sung by James Johnson) and her maid Ghita (sing by Michelle Trainor).

Oscar Wilde published The Birthday of the Infanta as part of a four-story collection of gently nightmarish tales (A House of Pomengranates, 1891), intended “neither for the British child nor the British public.” Early musical adaptations of the story include four ballets by Franz Schrecker (Vienna, 1908), Bernhard Sekles (Frankfurt, 1913), Miklós Radnai (Budapest, 1918), and John Alden Carpenter (Chicago, for the 1919 season of the Ruth Page Ballets).

Zemlinsky heard the premiere of his friend Franz Schreker’s thirty-minute ballet suite (Der Geburtstag der Infantin) on June 27, 1908 at Gustav Kilmt’s Kunstschau in Vienna. This Kunstschau was Klimt’s first group show (“an inventory of new Austrian arts”) since breaking with the Secession; its theatrical centerpiece was Schreker’s Infantin ballet starring the sisters Elsa and Grete Wiesenthal, young (barefoot) dancers who had deserted the Court Opera corps de ballet in 1904. Zemlinsky attended this performance and sat right next to Gustav and Alma Mahler; Gustav was composing at a cabin near Tolbach (in the Austrian Tyrol) that summer, but took a break from the composition of Das Lied von der Erde and his Symphony No. 7 to see Klimt’s new works. Zemlinsky politely praised the music to Gustav and avoided conversation with Alma.

Only a few years younger than his colleagues Schoenberg and Zemlinsky, Schreker’s music remained primarily tonal, and he was at one time hailed as “the future of German opera.” His early works in Vienna include sets of songs, symphonic overtures, and a one-act opera (Flammen, 1900-1902), all exhibiting examples of his characteristic “montage” technique. Zemlinsky was inspired by the music and story of the Viennese Infantin performance, and began to search for a partner to develop the story into an opera.

His intent was to produce a score that magnified the text and educed the drama’s extremes of emotions. The result was a bold musical statement within the post-Romantic idiom: Der Zwerg is a dramatic and musical tour de force achieved by leitmotifs layered effortlessly over through-composed recitative and arioso. Schoenberg admired Zemlinsky’s meticulous professionalism and craftsmanship in this work, claiming “I know of no post-Wagnerian composer who could fulfill the theater’s needs with such notable musical substance as he.”

This score contains moments of intense horror and hysteria powerfully portrayed through unorthodox vocal leaps and bold harmonies; these devices anchor the opera to other expressionist music of the period. Don Estoban’s music is formal and impersonal, whereas the Dwarf troubled musical personality ranges through lyrical melodies, growling trombones, and crude glissandi to intensely chromatic music, perfectly mirroring the gamut of emotions to which he succumbs.

Der Zwerg was not the composer’s only opera to dramatize the theme of the social outcast, but it was the only one to explore the subject tragically and unflinchingly. In the words of Hans Keller, Der Zwerg “shies away from neither the Princess’s thoughtless cruelty nor the foolishness of the Dwarf’s infatuation with physical beauty.” As with Wagner, many of the leitmotifs presented operate on an almost unconscious level: when Ghita is alone with the Dwarf, she sings about his goodness, shadowed by the oboe. Simultaneously, a repeating three-note motif can be heard in the orchestra – this is derived from the Infanta motif heard in the opera’s opening phrase – suggesting that the Dwarf’s thoughts are still with the Infanta, and that he is oblivious to Ghita’s sympathy. The Infanta’s music, with teasing vocal leaps and flippant skips constrained by square, cold phrases, captures her frivolity and lack of empathy.

Frequently performed throughout central Europe in the 1920s, Zemlinsky’s one-act Der Zwerg soars with music reminiscent of turn-of-the-century Vienna. The Berlin press labeled it “sensitive and tender” (an intended insult),  Edwin Schaeffer in Vienna called it “sensitive, psychologically complicated, and full of individuality” (another insult), and composer Alban Berg found the score “so harrowingly tragic as to be hardly bearable.” In contrast, Elsa Bienenfeld (Neue Wiener Journal, 1923) named it “the most cultivated and honest opera that we have heard in a long time. There are not many operas in which the ensemble’s voices are presented with such delicacy, which so is elegantly orchestrated and the tender voices are handled with such grace and naturalness… themes of such nobility are abundant in this one-act opera.” Schoenberg affirmed this, stating that “His ideas, his form, his sound, and every turn of phrase sprang straight from the plot, from the scene, and from the singer’s voice with a clarity and precision of the highest quality.”

Zemlinsky continued to write new works for Vienna, Prague, Berlin, and Cologne, and escaped to the United States after Hitler’s takeover of Austria. He lived, largely in exile, in Larchmont, New York, and interest in his operas did not begin to stir again until the 1970s. Der Zwerg owes its rebirth to a notable 1981 Hamburg State Opera production, for which, with permission from the composer’s widow, the libretto was revised closer to Wilde’s story, and the title changed to Der Geburtstag der Infantin. This weekend’s Boston performances present Zemlinsky’s complete original version in German, with English supertitiles.