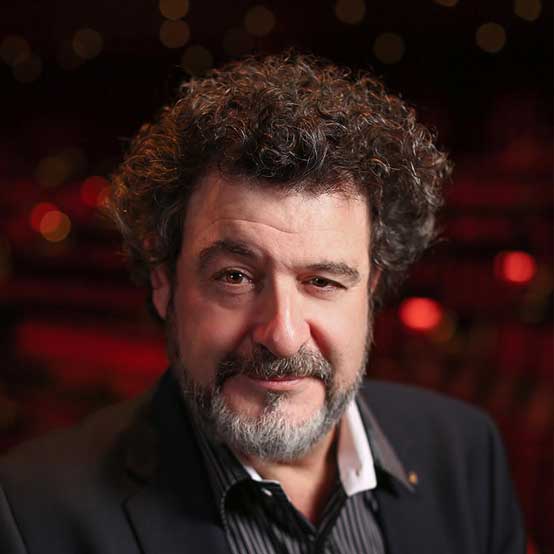 Tobias Picker has drawn commissions from and performances by the world’s leading musicians, orchestras, and opera houses. The New Yorker has called him “a genuine creator with a fertile, unforced vein of invention”; The Wall Street Journal wrote he was “our finest composer for the lyric stage”; and BBC Music Magazine described him as “displaying a distinctively soulful style that is one of the glories of the current musical scene.”

His operas have been commissioned by the Santa Fe Opera (Emmeline, 1996), LA Opera (Fantastic Mr. Fox, 1998), Dallas Opera (Thérèse Raquin, 2001), Metropolitan Opera (An American Tragedy, 2001), San Francisco Opera (Dolores Claiborne, 2013), and Opera Theatre of Saint Louis (Awakenings, 2022). His operas have also been produced by the New York City Opera, San Diego Opera, Opéra de Montréal, Chicago Opera Theater, Covent Garden, Opera Holland Park, English Touring Opera, Glimmerglass Festival, and many other companies. In 2015, Opera Theatre of Saint Louis mounted a major new production of his Emmeline that won universal acclaim as “a work of gripping emotional intensity and extraordinary musical expressivity” (the Dallas Morning News), “one of the best operas written in the past twenty-five years (The Wall Street Journal), and “the greatest American opera of the 20th century (the St. Louis Post-Dispatch). The world premiere recording of Fantastic Mr. Fox, his family opera, was released by the Boston Modern Orchestra Project and Odyssey Opera in Spring 2019 on the BMOP label, which won the 2020 Grammy award for best opera recording. In 2022, Picker’s opera Awakenings, based on “Awakenings,” Oliver Sacks’ 1960’s chronicle of his efforts to help the victims of an encephalitis epidemic, premiered at Opera Theatre of Saint Louis.

An accomplished pianist, he has performed as soloist in performances of his piano concertos and chamber works with major orchestras and chamber ensembles around the world. He has received prestigious awards throughout his career and is a member of the American Academy of Arts and Letters. He has served as composer-in-residence for the Houston Symphony, from 1985 to 1990, the Santa Fe Chamber Music Festival, and the Pacific Music Festival. In 2010 he founded Opera San Antonio and served as its artistic director until 2015. Picker then was appointed artistic director of Tulsa Opera from 2016 to 2022: his tenure in Tulsa would see the selection of Lucia Lucas as the first transgender opera singer to have a leading role on the American stage (for which he is featured in James Kicklighter’s documentary film, The Sound of Identity), a baseball-themed production of Rigoletto adapted for an open-air baseball stadium to accommodate the gathering restrictions during the COVID-19 pandemic, Greenwood Overcomes, a concert with new works by African-American composers to honor the memory of the Tulsa Race Massacre of 1921, as well as a Thaddeus Strassberger-directed, immersive production of Salome.

He is married to Aryeh Lev Stollman, novelist, neuroradiologist, and the librettist for his forthcoming opera Lili Elbe, an opera based on the life of the Transgender painter, Lili Elbe. His music is published exclusively by Schott (9/27/2022).