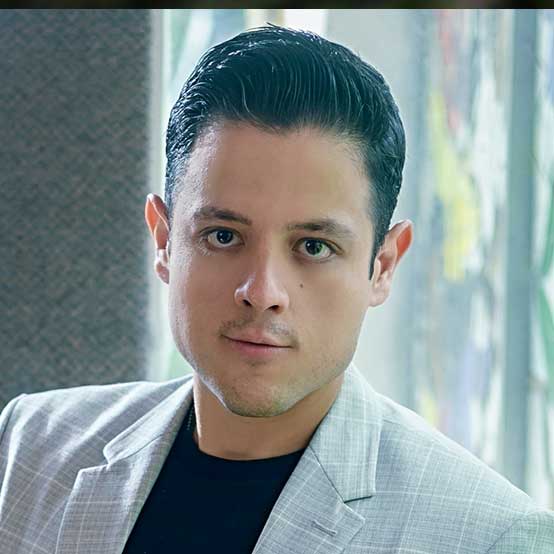 Mexican-born César Delgado has been praised for his “generous, lustrous tenor” and “committed, energetic acting” by Opera News. Mr. Delgado has been steadily building an active career that ﬁnds him regularly on the US, German and Mexican operatic houses.

This season 2022/2023 he’s been scheduled to create the title role in the World Premiere of ‘ZORRO’ with Fort Worth Opera and Opera Southwest in both house debut. He will appear as ‘Don Ottavio’ in Don Giovanni in his house debut at Gulfshore Opera, as Narraboth in Salome in his house debut with Tulsa Opera, as ‘Nemorino’ with Monterrey Opera in Mexico, as ‘Pinkerton’ with Santander Theater in Mexico. He will sing Mahler’s ‘Das lied von der Erde’ in a return with the Ontario Philharmonic Orchestra in Canada. He will return to sing ‘Rodolfo’ in ‘La Bohème’ with Mazatlan Opera in Mexico. etc.

Operatic highlights from previous seasons include performances at Regensburg Theater in Germany as ‘Edgardo di Ravenswood’ in the new production of ‘Lucía di Lammermoor’ directed by the legendary Brigitte Fassbaender. As ‘Duca di Mantova’ in ‘Rigoletto’ with the New Orleans Opera. As ‘Rodolfo’ in ‘La Bohème’ at The Charleston Opera. As ‘Arcadio’ in Fully-staged latin America premiere of ‘Florencia en el Amazonas’ in Mexico City. Mr. Delgado has sung the title role in the NYC premiere of Catán’s ‘Il Postino’. His house debut in New York City Opera’s production of La Fanciulla del West. As ‘Rinuccio’ in Gianni Schicchi with Mazatlan Opera in Mexico conducted by Enrique Patron de Rueda.

In 2015, he was chosen to participate in Plácido Domingo’s 2015 New York Master Class, sponsored jointly by Opera News and the Metropolitan Opera Guild. He was also invited to participate in the ﬁrst International Residency of the Ryan Opera Center by Chicago Lyric Opera. A Mannes President Full Scholarship recipient, Mr. Delgado graduated with a Professional Artist Studies from Mannes College for Music (2015) granted with a “President Full Scholarship”.