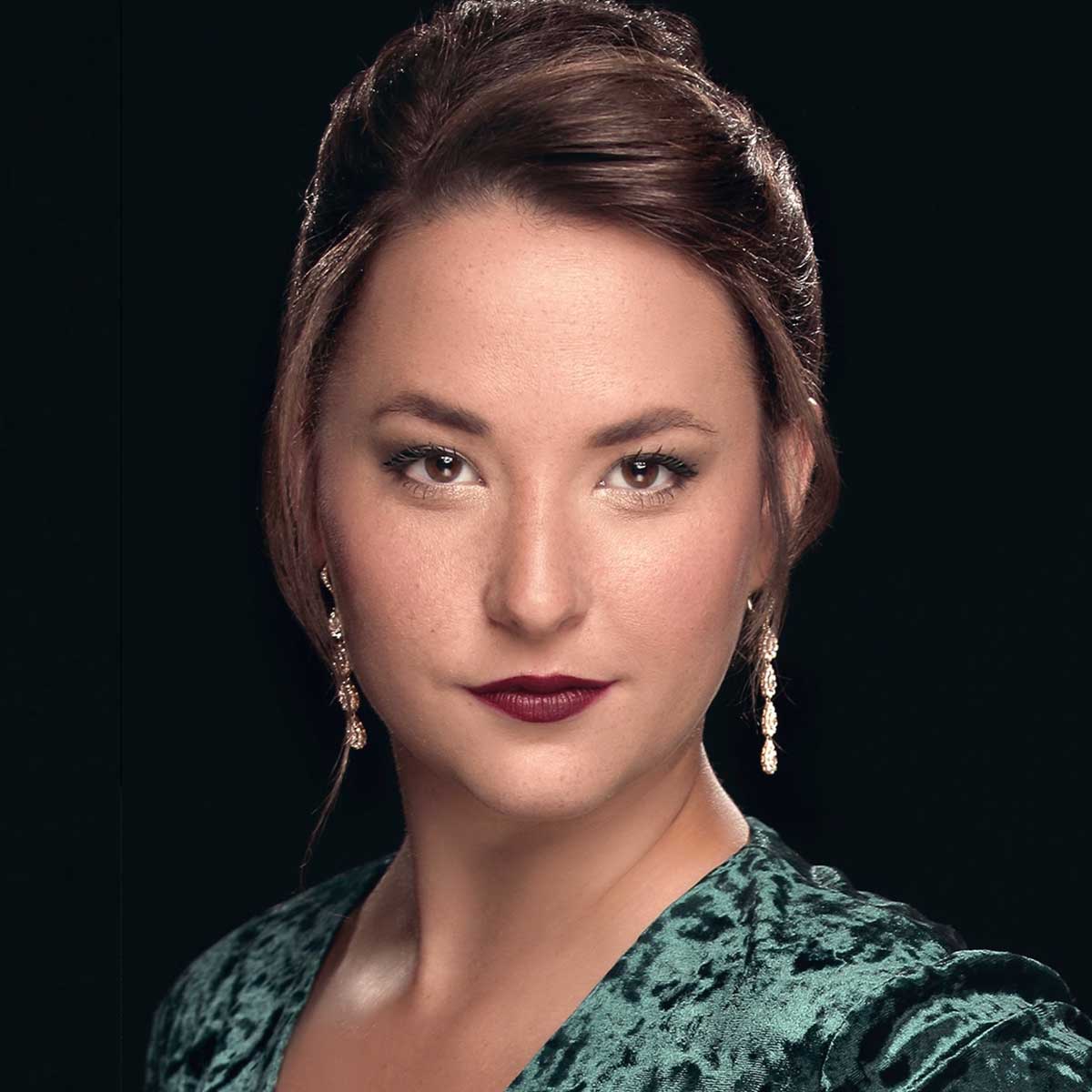 Praised for her “brilliant lyric soprano,” Rachel Blaustein is quickly gaining recognition for her riveting stage presence and innate musicality.  Rachel was one of the ten national finalists for the 2022 Metropolitan Opera Laffont Competition, earning a spot as one of the next generation of Opera Stars, and winning the Fernand Lamesch National Finalist Award!

Ms. Blaustein made her Santa Fe Opera debut in summer 2021 as Autonoe in the world premiere of John Corigliano’s The Lord of Cries. In addition, last season, she made her Tulsa Opera debut as Lauretta in Gianni Schicchi, returned to Chicago Opera Theatre as Frasquita in Carmen, and joined the Washington National Opera to cover the role of the Monument in Kamala Sankaram’s Rise as part of the World Premiere of Written in Stone.  She also created the role of Micòl in the World Premiere of Ricky Ian Gordon’s new opera The Garden of the Finzi-Continis for New York City Opera where she received rave reviews.  The New York Times claiming she “brought a sweetness to Micòl that persevered through her character’s capriciousness,” and Broadway World thought she “made a strong impression with her lyric sound and smart presentation.” The New York Classical Review felt she “had a rounded, gentle tone and elegant phrasing, while still able to express anguish.” She finished the season joining the Opera Theatre of Saint Louis to sing the role of Ruth and cover Rose in the World Premiere of Tobias Picker’s Awakenings, as well as their production of Mozart’s The Magic Flute and joined the Metropolitan Opera for their workshop of  Kevin Puts’ The Hours.